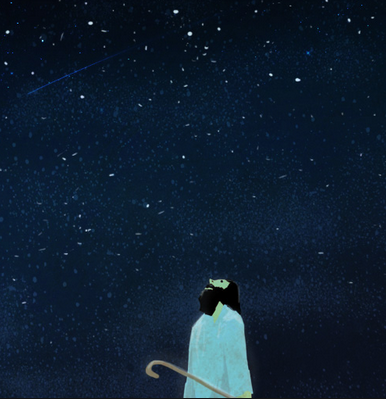 That justification is gratuitous (free) is evident from yet another given: faith is a gift. One cannot believe on command. To have faith means: being confident, convinced that the other is trustworthy. In the words “being convinced”, is included: you are convinced. That is passive. So it was with Abraham. God showed him the countless stars and Abram said Amen to what was spoken to him. Why? God had convinced him! That Abraham believed was God’s achievement. What Abraham believed was gratuitous (free). Unconditional. But that Abraham believed was also gratuitous (free). God had convinced him. Abraham did not believe to become justified. That would not be faith. It would only be a calculated act and would, therefore –according to Paul’s definition– be “work”, i.e., doing something for the sake of a reward (Rom.4:4). No, Abraham believed, because God had convinced him that He would fulfill what He had promised (Romans 4:21). And because Abraham’s faith was God’s work, God also counted it for righteousness. All boasting is excluded!

8 For in GRACE, through faith, are you saved, and this is NOT OUT OF YOU; it is God’s approach present, 9 not of works, LEST ANYONE SHOULD BE BOASTING. -Ephesians 2-