YAHWEH, He gives, and YAHWEH, He takes away. Blessed be the Name of YAHWEH.

Job had just heard a series of calamitous tidings. In one day all the wealth he owned had fallen from him. His possessions, his staff, his livestock and finally even all his children. Unimaginable! It is not without reason that we speak of Job’s news.

Job was a man in awe of GOD and knew that everything he had had been given by Him. But Job’s science went so much further. GOD was not only the one who had given, but also who had now taken away. Job did not know the role of GOD’S adversary in the suffering and losses. But what does that matter? Because even the adversary (Hebrew: satan) is a creation of GOD and an instrument in his hand.

Recognizing that both good and evil come from GOD’S hand (2:10), Job did not sin with his lips. Because GOD is good, also (and especially!) when He uses evil. Evil is a ‘minus’ of which He makes a ‘plus.’ Job did not blame GOD but gave Him credit for everything! What an example! 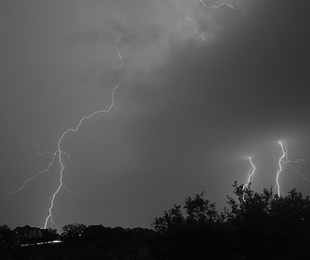