Galatians 6:13 – Boasting in the flesh


For not even they who are circumcising are maintaining law, but they want you to be circumcised that they should be boasting in that flesh of yours.

Two things the apostle criticizes here among the circumcision fanatics. One: their inconsistency. They don’t even do what they tell others to do, which is to keep the law. And secondly, they want others to be circumcised so that they can show off their circumcised flesh.

It is quite possible to understand ‘flesh’ here as a euphemism for the male genitalia (see Gen.17:11). That is, after all, the flesh that is circumcised. Outside Judaism circumcision may be considered a mutilation, within Judaism it is undeniably considered an honor. And to the Judaizers, circumcised converts among the nations counted as so many ‘accomplishment.’  A reason to boast.

The urge described here to Judaize people of the nations (compare Matt.23:15!), is called ‘proselytizing’. The christian variant of this is christianization. In that case, the ritual of circumcision gives way to the ritual of water baptism. The form changes, but the essence remains the same. A ritual is enforced so that one can show off circumcised/baptized converts as trophies. Left or right: it is religion and boasting in flesh. 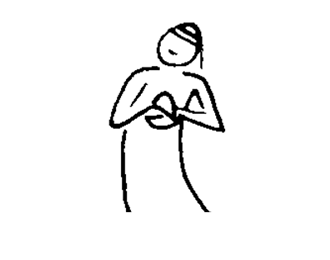