Yet now, knowing God, yet rather being known by God, how are you turning back again to the infirm and poor elements for which you want to slave again anew?

The Galatians whom Paul writes to in this letter had their past in idolatry (4: 8). They had turned away from that after Paul told them the evangel of GOD. They had come to know GOD, or rather, they had learned that GOD knew them. A word of hope, for free. They didn’t have to do anything for it, it was an announcement.

But everything changed after Paul got out of there and people entered who wanted to Judaize (make jewish) the believers. They taught that if you want to be righteous, you must keep the law of Moses. While Paul had just told them that a man is righteous only through faith in GOD’S unconditional promise.

The Galatians were once religious. They had their rites, ceremonies and feasts. They had now renounced it. Subsequently they became religious again by being judaized. Only the form is different. Paul says you are returning to the weak, poor principles you once stuck to. Faith in Christ is not a religion. It’s freedom! 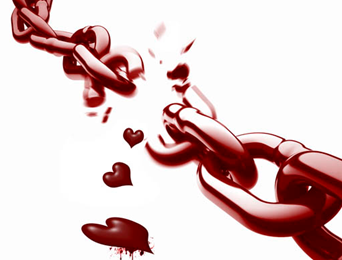