Galatians 4:4 – When the full time came


Now when the full time came, God delegates His Son, come of a woman, come under law…

In verses 1 and 2 we read of an infant child who is under guardianship “until the father’s appointed time.” Here Paul makes it clear that the custody of the infant refers to Israel under the law until “the fullness of the time came” in which God sent his Son. “The full time” is no different from “the time purposed by the Father”.

That God would send his Son, born of a woman, was foretold from the beginning of mankind (Gen.3:15). And the lineage narrowed more and more. First through Shem, then through Abraham, Isaac, Jacob, Judah, and finally through the line of David, the Messiah would come into the world. And that in the city of David, Bethlehem (Micah 5:1).

But not only from whom and where and how the Messiah would come was foretold, but also when! In Daniel 9 we read that from the moment the word went out to rebuild Jerusalem (Cyrus), sixty-nine weeks of years would follow (= just under five hundred years), after which the Messiah would be cut off. About the year 30 AD that term had expired. We can count on God’s word! 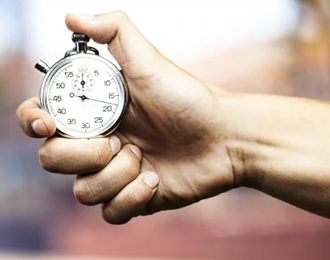