… by works of law or by the hearing of faith, according as Abraham believes God, and it is reckoned to him for righteousness?

From verse 6 begins a new section in which Abraham plays the leading role in Paul’s discourse. At the same time, the verse completes the sentence of verse 5. God’s Spirit does not work “by works of law” but “by hearing of faith, according as Abraham believes God…”.

In the first five verses, Paul referred to the experiences of the Galatians. From here begins his argument from the Hebrew Bible. In doing so, he harks back to a Bible verse that also occupies a central place in the Roman letter (4:3). Hundreds of years before Sinai (3:17), God promised childless Abraham that his progeny would be like the stars of heaven (Gen.15:5). Humanly speaking it is impossible, but God promised it. Unconditionally. Abraham was not given an assignment but only heard a message, good news. Without fine print, without conditions.

And then it reads, “Abraham believed God.” Read from the Hebrew: he acknowledged God, i.e. You say it, so it will be. That is faith, trust. And that made Abraham righteous before God (a ’tzadiq’). Someone who trusts in what God says he will do. Nothing more, nothing less. 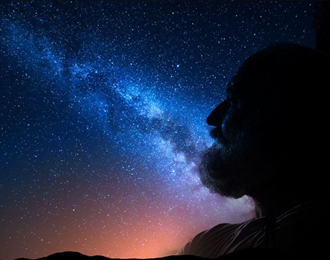