| Blog English | Galatians 3:21 – Life through observance of the law?

Galatians 3:21 – Life through observance of the law?


Is the law then, against the promises of God? May it not be coming to that! For if a law were given that is able to vivify, really, righteousness were out of law.

The law contrasts with the promises of God. For the law is conditional while the promises are unconditional. But that certainly does not mean that the law conflicts with the promises of God. After all, they both come from God Himself. Law had a function in God’s plan. Until the promised seed (=Christ) came, the law served to show “the transgressions” (3:19). Its function was to highlight the hopelessness of human self-righteousness. In theory it may be the case that whoever does the law will live by it (Lev.18:5; Rom.10:5), in practice there is no one who complies (Gal.3:11). The law does not give life, on the contrary, “the letter killin” and it is therefore called “a dispensation of death” and “of condemnation” (2 Cor.3:6-9).

The law shows that man has nothing to expect from himself and is therefore completely dependent on God. Thus the law shows who man is while God’s promise shows who God is. The law kills, but it is GOD who gives life to his promise! 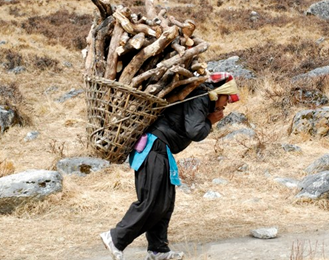