Galatians 3:20 – One and of integrity

The line of Paul’s argument in these verses is that the law is subordinate to the promise to Abraham. First, because this promise took place over four centuries earlier. The promise is primary and the law is only a temporary measure. Second, God’s unconditional and ratified promise cannot possibly be invalidated. Even in a covenant among people that is already impossible. And Paul’s third argument for why the law is inferior to the promise is that the giving of the law at Sinai took place by way of means. Through angels it was placed in the hands of the mediator Moses, who in turn passed it on to Israel. Several parties were involved in the giving of the law. How different was God’s promise to Abraham! In that covenant there was only One acting ‘party’, namely the one GOD who unconditionally and absolutely guaranteed its fulfillment. At the covenant, only God was active and Abraham… was in a deep sleep (Gen.15:12-18). Yes, God gives it to his beloved in their sleep (Ps.127:2)!

There is one GOD and He Himself is also one and with absolute integrity. Because what He says, He 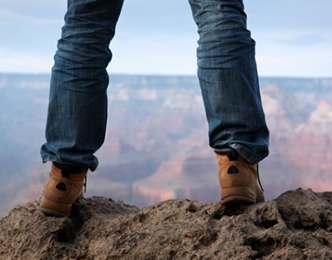