But on the contrary, perceiving that I have been entrusted with the evangel of the uncircumcision, according as peter of the circumcision.

Peter had previously been entrusted with “the gospel of the circumcision.” The good news especially intended for the people of the circumcision. The message namely that when Israel comes to recognize her risen Messiah, she will return to establish the promised Kingdom on earth (Acts 3:19-21).

Only when Israel officially rejected this testimony (at Stephen’s stoning) did Saul/Paul come into the picture. His message therefore has Israel’s (temporary) rejection as its point of departure (Rom.11:15). Through Paul the Gospel was deposited with the nations. A “pagan gospel” that was most sensitive in Jerusalem. But Paul knew more and logically that for Peter and his followers this was “… hard to understand” (2 Peter 3:16). 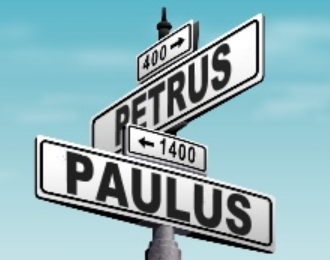