And the rest of the Jews also play the hypocrite with him, so that Barnabas also was led away with their hypocrisy.

Paul here writes of the conduct of Peter who ate with the nations in the beginning, until some came from the circle of James. For fear of them he then separated himself. What is still called “fear” in the preceding verse is called “hypocrisy” here. Our word “hypocrisy” is derived from the Greek word for this. The original meaning is that of “play.” A hypocrite is an actor, he pretends. When Peter ate with the nations, he acted with conviction. But when people came from the circle of James, he withdrew because he was afraid of the judgment “from the circumcision”. So Peter pretended to be strictly following the rules of Judaism. Guided by fear of men, he sacrificed “the truth of the Evangel.”

Paul views Peter’s conduct as hypocrisy without question. That “the rest of the Jews” were hypocritical with him is sad, but that “even Barnabas was carried away in their hypocrisy” was completely incomprehensible to Paul. Together with him he preached the Gospel among the nations for several years! And now even he was falling for it. Why? Being carried away by what they say. How recognizable… 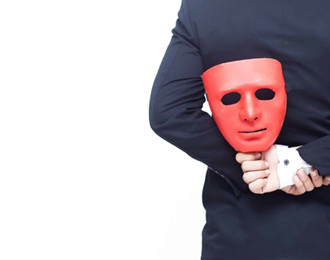