| Blog English | Galatians 2:12 – Eating together with the nations

Galatians 2:12 – Eating together with the nations


For, before the coming of some from James, he ate together with those of the nations. Yet when they came, he shrank back and severed himself, fearing those of the Circumcision.

Paul here motivates why he resisted Peter/Cephas right to his face. Initially, Peter ate together with the “gentiles” (read: the nations). Most interpreters take this as if Peter were eating non-kosher (meat). But that’s not what it says here. Peter ate at one table with the nations until some of the circle of James arrived. From then on, Peter went to eat separately from the nations because he feared the judgment of this group “of the circumcision.” Whence the fear?

The reason is that the circle around James was aligned with Judaism (called “kashrut”). That goes much further than not eating all kinds of meat (Lev.11). Judaism has added many provisions to the Torah, such as separating meat and dairy and all kinds of specific preparation methods. And yes, whoever observes this can hardly eat at one table with non-Jews. Peter knew that such rules are laws of men. Until… a group arrived who might accuse him of being an apostate Jew. Indeed, “the fear of men lays a snare” (Prov.29:25)… 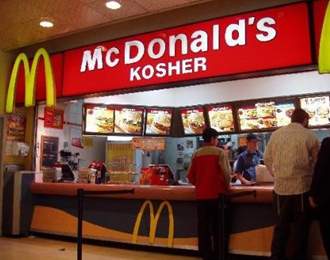