Galatians 1:6 – Thus swiftly you are transferred


I am marveling that thus, swiftly, you are transferred from the One which calls you in the grace of Christ, to a different evangel.

It is highly unusual for a letter in the NT to begin without words of gratitude to the addressees. It shows the seriousness with which Paul writes this letter. He gets straight to the point and the bewilderment in his tone jumps off the paper.

There are two things that astonish Paul so much. First, that the Galatians allow themselves to be transferred from the One who calls them “in the grace of Christ.” That is, of course, God (see 1:15; 5:8). In withdrawing from the word that Paul had preached to them, they distanced themselves from God Himself! That in itself is bad enough, but the apostle also marvels at the speed with which that happened. The “thus swiftly” can mean so soon after Paul’s departure; it could also mean that the Galatians turned around in no time. Apparently the Judaizers didn’t even have to put in that much effort. The process of “transferring” (present tense) was still going on. Who knows, maybe the Galatians were still open to reason (5:10). The situation is alarming: they were called “in the grace of Christ” and now they were in danger of leaving this ground completely. And that can go swiftly… 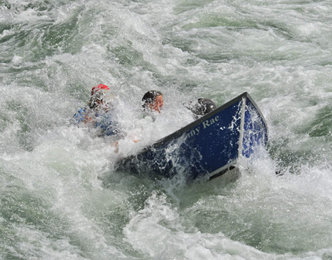