| Blog English | Galatians 1:6 – A different evangel which is not another…

Galatians 1:6 – A different evangel which is not another…


I am marveling that thus, swiftly, you are transferred from the One which calls you in the grace of Christ, to a different evangel which is not another…

The “transfer” that the Galatians had fallen prey to was a move from “He who calls you in the grace of Christ” to “a different evangel”. Paul is playing here with two Greek words for ‘other’. The first word is ‘heteros’ and means: different species. In addition, there is a weaker Greek word for ‘other’ and that is ‘allos’. It mainly means: disctintive.

An example. My son is still the same son after twenty years and yet… distinctive. He is not ‘heteros’ compared to then, but yet he is ‘allos’. By speaking of ‘heteros’ and ‘allos’, Paul is sorting ahead of what he is going to explain in chapter 2. To him was committed “the gospel of the uncircumcision,” as to Peter that “of the circumcision.” That is “allos”: two types of messages, but of the same kind. From one Lord.

But the message proclaimed among the Galatians was not only distinctive (‘allos’), but different (‘heteros’) from what they had been called to! The message of Peter’s was good and to the point – for the circumcision. But when that same message is mixed with that to the nations – then it is “different”. 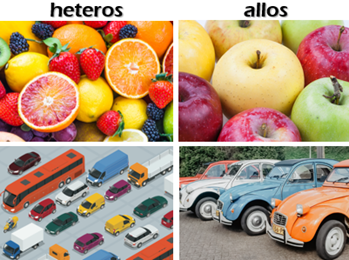