Now, when it delights God, Who severs me from my mother’s whomb and calls me through His grace, to unveil His Son in me…

Verse 15 is a subordinate clause in a clause. From verse 12 Paul explains that he did not receive or learn his Gospel from a man, but interrupts his argument in verse 15 for the second time.

The remarkable thing about verse 15 is that Paul says that God had separated him from the womb. So not just from his calling. From the cradle, God had reserved him to reveal his Son in him. All this time was a preparation for his future task. Was Saul aware of this? Definitely not! The thought alone would have evoked the utmost disgust in him. However, Paul’s calling was not based on his achievements. “It delights GOD…”, that’s the point. It was not Paul’s faith (on the contrary!; 1Tim.1:14), his choice or his works, for all those things had only made him the greatest enemy and “the foremost of sinners” (1Tim.1:15). And mind you: not in spite of, but precisely because of his religiousness!

Paul’s past history is a prime example of how religious zeal and “works” do not bring man to God. It is only “through His grace“! 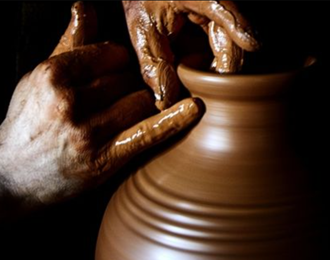