| Blog English | Galatians 1:14 – Zealous for the traditions of my fathers.

Galatians 1:14 – Zealous for the traditions of my fathers.


And I progressed in Judaism above many contemporaries in my race, being inherently exceedingly more zealous for the traditions of my fathers

Paul’s excessive hatred of the “the ecclesia of God” (1:13) kept pace with his zeal in Judaism. He was born in Tarsus in Cilicia, but raised in Jerusalem “at the feet of Gamaliel” (Acts 22:3). This Gamaliel was a famous name among the people (Acts 5:34) and grandson of the even more famous Hillel.

Saul’s advancement in Judaism made him the master of many of his Pharisaic fellow students. Even more than they were, he was a zealot of the “traditions of my fathers.” We can safely take that “fathers” literally here; After all, Saul was a “son of Pharisees” (Acts 23:6). He had inherited the traditions he adhered to with unsurpassed zeal. The traditions referred to herein are the oral traditions that eventually have their repercussions in the Talmud. In fact, present-day Rabbinic Judaism is the continuation of the Pharisaic school of which Paul was a part.

The invading preachers in Galatia wanted to ‘Judaize’ the nations. But none of them could come close to what Paul had accomplished in Judaism. Did they now want to lecture Paul on what ‘being Jewish’ means and includes? 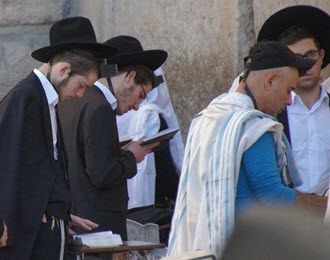