For you hear of my behavior once, in Judaism, that I inordinately persecuted the ecclesia of God an ravaged it.

From the beginning, the leaders of Judaism pursued (the movement of)  “the way” they called “the sect of the Nazarenes” (Acts 24:5,14). This persecution was motivated mainly by two motives. In the first place, the claim that the crucified Jesus of Nazareth would be Israel’s Messiah was attacked. And secondly, it was not accepted that this movement distanced itself from all traditions outside of Scripture (Acts 6:13; Matt. 15:6).

Of the official Judaism that persecuted “the sect of the Nazarenes,” Saul of Tarsus was the exponent. When the Sanhedrin stoned Stephen, he was the pre-eminent supporter of it (Acts 7:58; 8:1). It was also he who then destroyed the ecclesia in Jerusalem and entered the houses and took men and women to be handed over to prison (Acts 8:3). It was Saul’s own initiative (!) to continue this destructive work as far as the foreign cities and he obtained the authority of the high priest for this purpose (Acts 9:1,2; 26:10,11). No more extreme persecutor of David’s Son than this Saul(us). But it was this very pitch-black background that God chose to display the jewel of his grace! 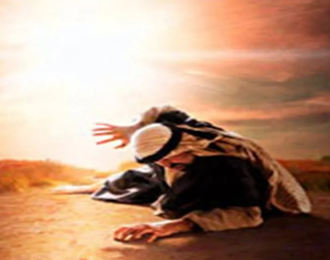