… for we are members of His body. For this “a man shall leave his father and mother and shall be joined to his wife and the two shall be one flesh.”

We are approaching the climax of Paul’s disquisition. He motivated the appeal the husbands from the fact that Christ loves the ecclesia, which is his body. In it lies the idea that the woman is compared to the ecclesia, Christ’s body.

In order to clarify his point in this, Paul takes us to the book of Genesis. After Adam was put to a deep sleep, God took a “side” from his body and built it into a woman and brought her to him (2:23). And Adam said: this is flesh of my flesh and called her ‘woman’: taken out of the man. And hten Paul quotes the above verse from Genesis 2:24 which is the basis of what is called ‘marriage’. A man who adheres (sticks) to his wife and becomes one with her. This “one flesh” refers to the sexual intercourse in which two bodies become one (1 Cor. 6:16). But for no one was this “one flesh” so unique and true, as for Adam and his Eve. They always had been “one flesh”! Herein lies a great secret…! 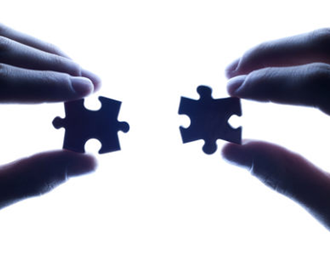