Ephesians 5:32 – this secret is great


This secret is great: yet I am saying this as to Christ and as to the ecclesia.

After quoting Genesis 2:24, Paul exclaims: “this secret is great”. I this letter the revelation of secrets plays a major role (1:9; 3:3,4,9; 6:19). They were, as Paul wrote hidden for eons, but now revealed through Paul (3:3). Secrets (or mysteries) are connected with the work of GOD in our days, namely the calling out of the ecclesia from the nations, the body of Christ.

The fact that these secrets were previously hidden does not mean that they cannot be found in ‘the Old Testament’. On the contrary, even because they were hidden in the OT, they can be found there. One such secret is hidden in Genesis 2:24. Paul even calls the secret “mega”, the Greek word for “great”.

In the fact that the secrets that Paul reveals are hidden in the OT, a great incentive is enclosed for us to go search for it. For beneath the surface of the Hebrew bible are hidden treasures that point to Christ and the ecclesia. Those who seek will find it. Yes, in the light of Paul’s revelation, the OT is a true gold mine! 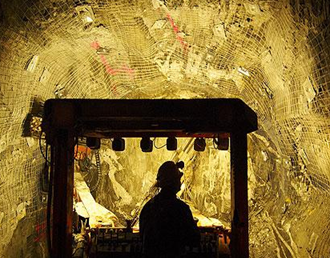