Ephesians 2:2 – The eon of this world


…in which once you walked, in accord with the eon of this world…

In mainstream bible translations, more than any other, the term “the eons” has been cheated and distorted. The Scripture speaks of “before the eons”, “the past eons”, “the present eon”, “the oncoming eon”, but also of “the oncoming eons”. And as there was a beginning of the eons, we also read that the eons will be completed.

An “eon” is definitely not the same as an eternity, as it has been translated often. An eon is a world-age. In the above mentioned verse we see that the present “eon”, belongs to “this world” (cosmos). In other words: the present eon and world happen synchronically. Elsewhere we read about “the then world”, deluged by water. That is the ancient world, whence God spared Noah and seven others (2 Peter 2: 4).

It’s fascinating to discover what the Scripture tells about the eons. Those which have been, but also those which will come. The present eon, in the meantime, counted from the great flood, already takes about 4,500 years. But as well as “the then world” in Noah’s days ended, also “this world” will end. GOD’s intervention will come. This wicked eon will make room for the eon of the Messiah. A new world! 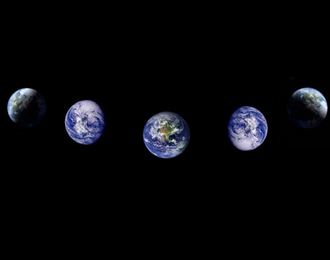