For He is our Peace, Who makes both one, and razes the central wall of the barrier…

In the foregoing, Paul described the great religious divide between Jew and Gentile (that is, the nations). Between ‘the circumcision’ and ‘the foreskin’. This separation is symbolized in the “central wall of the barrier”. The so-called ‘soreq’. Whoever went to Jerusalem to visit the temple, automatically stumbled upon this wall. Within this wall was the temple which could only be entered by those who were from ‘the circumcision’. The nations were literally and figuratively outside. Even on penalty of death. Thus the provisions in God’s dwelling place were “in the flesh” (2:11).

But “in the spirit” (2:22) there is absolutely no “central wall of the barrier” anymore. Lineage does not play a role. Sacred places and rituals neither. That which makes separation “in the flesh” and which is also a constant source of conflict, plays no part in “the body” (which is, the ecclesia, 1:22) of the resurrected and glorified Christ. A Jew in this ecclesia is not more and a ‘heathen’ is not less. Because  “He is our peace”. Christ Jesus creates unity. At heavenly level! 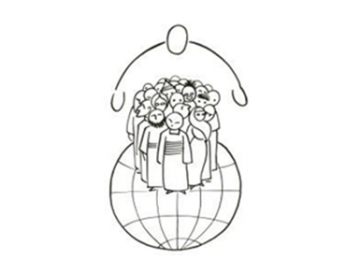