Yet now, in Christ Jesus, you who once are far off, are become near by the blood of Christ.

Blood played a major role in the sacrificial service. A lamb or a goat was slaughter was slaughtered, but always with the function after the slaughter in view. After the slaughter, the animal was sacrificed. The slaughter obviously speaks of the cross. The sacrifice, on the other hand, which subsequently ascended speaks of the resurrected Christ. In Scripture blood refers to the victim, that is tot the dead and (which is more!) the resurrected Christ. The special thing about the lamb that has been slaughtered, is that it is standing (Rev. 5:6). For He is risen! The blood of Christ does not speak of a dead person, no, it speaks of Him who has risen from the dead!

It is “in the blood of the Christ” that we who were once far away, have come close. Certainly, for that he had to die first. But not a dead but a living Christ brings us near GOD! 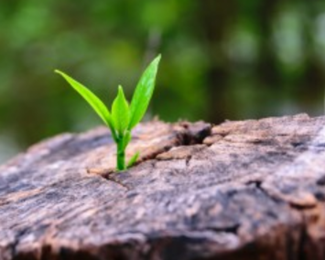