Ephesians 2:14 – the enmity is his flesh


…Who makes both one, and razes the central wall of the barrier, the enmity in His flesh, nullifying the law of precepts…

The common translations don’t always make it very easy for us. That is not entirely incomprehensible because Paul uses rather long sentences. In order to understand what he is writing, we therefore have to read carefully. Word for word and phrase to phrase.

Paul refers to the famous wall around the temple where only Jews could come. That is the “central wall of the barrier”. That wall was an emblem of division. The demarcation between Jew and gentile was regulated by “the law of precepts”. When Jesus walked the earth, he was sent only to the house of Israel (Mat. 15:24). And when he entered the temple as a Jew, he left the nations outside. The mutual enmity between Jew and heathen is therefore also expressed in his flesh.

We from the nations also did not come into contact with the Jesus from before the cross. That would not even have been possible. We do not know Christ according to flesh (2 Cor 5:16) but as the One having been resurrected and glorified. As Christ Jesus as he revealed Himself to Paul. In blinding heavenly glory! 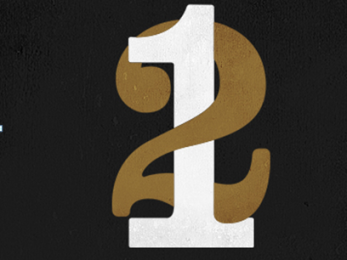