Corinthians 7:25 – the value of Paul’s opinion


Now concerning the celibates or virgins, I have not injunction of the Lord. Yet an opinion am I giving, as one who has enjoyed mercy by the Lord to be faithful.

Still Paul speaks of subjects concerning marriage, the Corinthians wrote him about (: 1). But as from here he writes specifically about them who are yet virgin. The word ‘virgin’ (parthenos) mostly concerns a woman, but not necessarily. In Revelations 14: 4 is spoken of 144,000 male virgins. The term concerns who is still unmarried, or stricter (2 Corinthians 11: 2): who had no sexual intercourse yet.

The base of Paul’s words is not what the Lord should have commanded before. Paul gives his opinion. But it’s the opinion of someone who had the mercy of the Lord . In Timothy 1: 13 he testifies, that although he had been a calumniator and a persecutor, mercy was shown to him. The grace of the Lord overwhelmed him (: 14) and assigned him a service to be reliable, faithful (: 12). The Lord entrusted his word and Paul passed it on faithfully. Orally, but also in writing. Fully faithful! 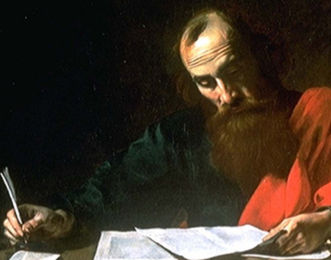