| Blog English | concerning that day no one is aware

concerning that day no one is aware

Matthew 24 is called ‘the second sermon on the mount’. Seated on the Mount of Olives, with a view on the buildings of the sanctuary and the city of Jerusalem, Jesus speaks comprehensively of “the conclusion of the eon” and “the sign of his presence” (Matthew 24: 3). Also, he builds on what was already written in the prophets.

Whenever, then, you may be perceiving the abomination of desolation, which is declared through Daniel the prophet, standing in the holy place (let him who is reading apprehend!); then let those in Judea flee into the mountains.
Matthew 24: 15,16

In this case Jesus refers to Daniel 12: 11 where we read that the daily sacrifices will be stopped and will be replaced by an abomination or an idol. That will be the introduction of a great tribulation in Israel during 1260 days (Matthew 24: 21; Revelation 11: 2, 3). Then the Son of Mankind (= the Ben Adam) will appear and “all the tribes of the land” will see him. Then He will assemble his chosen from the four winds (Matthew 24: 29-31). This is the restoration of Israel. It must be clear that this coming can be calculated precisely by the Jewish believers in those days. A countdown of 1,260 days after the idol has been placed in the holy place

It begs the question: to what Jesus refers when he says in the same chapter:

Now, concerning that day and hour not one is aware, neither the messengers of the heavens, nor the Son; except the Father only.
Matthew 24: 36

About which day Jesus speaks here? Apparently not about his appearance to Israel, for that day can be calculated precisely. But which? We find the answer in the previous verses:

32 Now from the fig tree learn a parable: Whenever its bough may already be becoming tender, and the leaves sprouting out, you |know that summer is near. 33 Thus you, also, whenever you may be perceiving all these things, know that He is near – at the doors. 34 Verily, I am saying to you that by no means may this generation be passing by till all these things should be occurring. 35 Heaven and earth shall be passing by, yet My words may by no means be passing by. 36 Now, concerning that day and hour no one is aware, neither the messengers of the heavens, nor the Son; except the Father only.
Matthew 24

After Jesus spoke about his appearance to Israel and the assembling of his chosen to the country, He compares these events with the sprouting out of a fig tree in the spring. The fig tree is an emblem of Israel as a nation and in this context the sprouting out of the leaves refers to the new life that will be given to the nation.

Israel’s restoration and the coming of the Messiah is illustrated by the budding of the fig tree. Well then, when one will see this, thén one may know that the summer is near. The summer refers to the start of the Kingdom worldwide. Within one generation this will occur, Jesus says. But, he adds: concerning that day and hour no one is aware. One knows that the summer will start within one generation, but the length of that time is unknown. “That day” concerns the start of “the summer”, i.e. “the completion of the eon”. It will be the day that worldwide the wicked will be taken away.

The word ‘coming’ can lead to confusion. The Greek word ‘parousia’ doesn’t point to only one moment of arrival, but also to the following stay. ‘Presence’ or ‘attendance’ is the meaning. The parousia of Christ is not one moment but contains a range of events as from the time of his arrival.

the completion of the eon

40 Even as the darnel, then, are being culled and burned up with fire, thus shall it be in the conclusion of the eon. 41 The Son of Mankind shall be dispatching His messengers, and they shall be culling out of His kingdom all the snares and those doing lawlessness, 42 and they shall be casting them into a furnace of fire. There shall be lamentation and gnashing of teeth. 43 Then shall the just be shining out as the sun in the kingdom of their Father. Who has ears to hear, let him hear!
Matthew 13, see also verse 49, 50

At “the completion of the eon” the wicked will be taken away, while the righteous remain to inherit the Kingdom. That’s what Jesus refers to as He speaks of “that day”. In Matthew 24 He continues with:

40 Then two shall be in the field; one is taken and one let: 41 two grinding at the millstone; one is taken along and one left. 42 Be watching, then, for you are not aware on what day your Lord is coming.

Unfortunately, the depictions ‘taken along’ and ‘left’, like we read in most translations, give a wrong impression. ‘Taken along’ sounds positive and ‘left’ is interpreted negatively. But the idea in this passage is just opposed. One will be taken by the judgment, while the other will not be disturbed to experience the Kingdom of justice and peace on earth. Surely, that’s how it went in the days of Noah!

“The day” which no one is aware of except the Father only, concerns “the completion of the eon” (> the summer). It’s the day that all the wicked will be taken from the earth, and the “oncoming eon” will begin. That day is definitely not the return of Christ for Israel, earlier, when the fig tree starts budding. Both events will happen within one generation. 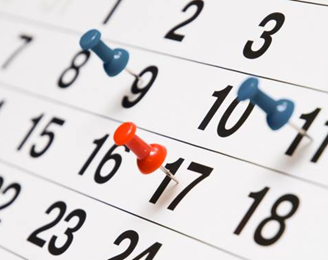