As from verse 25 Paul speaks of the virgins; Those who not (yet) have married. He makes out those who are engaged (“connected to a wife”), and those who are “disconnected of a wife”. Hence, not engaged. It’s surely not about divorce, that subject had already been completed. Moreover, Paul uses in this verse another verb as he used in verse 10-13 (leave).

Paul already put forward that he preferred ‘being unmarried’, if one had this gracious gift (: 7). But though he makes a passionate plea for the unmarried status, he is not rigid. His opinion is not that young people should end their dating or engagement. He says to the young men: “do not seek a wife”. Seeking a wife is or course something else than meeting a wife (or man). But also, then: not everyone is able to be unmarried. And Paul reassures: you don’t fail to achieve your aim (= sin) by a marriage. For also in that GOD can give His rich blessing! 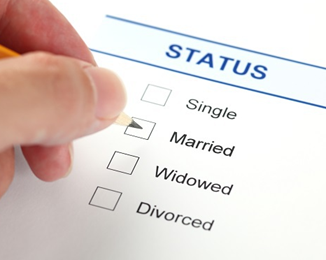