Reformation Day determines us at one of the most central concepts during the Reformation: the righteousness of God. Luther translated this expression (eg in Rom. 1:17; 3:21) with “the righteousness that is valid before God“. That’s a very peculiar view! Because God’s mercy also isn’t the mercy that is valid for him, or something like that? No, God’s mercy refers to God who is merciful and shows mercy. And so, God’s righteousness refers to the fact that He Himself is righteous and acts righteously. But whence, then, Luther’s remarkable translation? The answer to this is that Luther, following the RC interpretation, as later also Calvin, started from the idea that the righteousness of Christ is imputed to man. I quote Sunday 23, from the Heidelberg Catechism, Question 60: How are you righteous before God? The answer given there is that …

God, without any merit of my own out of mere grace, imputes to me the perfect satisfaction, righteousness, and holiness of Christ. He grants these to me as if I had never had nor committed any sin, and as if I myself had accomplished all the obedience which Christ has rendered for me, if only I accept this gift with a believing heart.

The idea here is that man is unable to keep the law and is therefore guilty. God’s solution to this would be twofold:

In traditional theology these are the two pillars on which man’s justification is based. About this second ground, namely that Jesus would have carried the punishment for our sins in a vicarious manner, has often been discussed at GoedBericht in the past. In it I pointed out that forgiveness and payment of sins are mutually exclusive. When my debt is paid, then God does not have to forgive anything, since the debt is then paid. But Christ’s death on the cross is not a debt payment in Scripture, but a ransom. He died in order to be raised and bring new life to light. He ransomed us with his death. I will now leave the latter alone here and focus on the first mentioned pillar.

Let me list a few reasons why it is both unbiblical and illogical that Jesus’ law observance should be imputed to us. If every human being is obliged to obey the law, how can Christ fulfill this duty for me? Surely his law observance would only justify himself and not another? Why should Christ fulfill the law for me as a non-Israelite? Gentiles were never “under the law” anyway (Rom. 2:14; 5:13), so why the need for a substitute to do this for them? If Christ fulfilled the law for me during his lifetime, why did he then have to die (vicariously) for me? If his life has made up for my shortcomings, why die for it? If I am counted righteous by virtue of his perfect observance of the law, what is the point of Jesus’ dying? Why die for someone who is already justified?

The evangel of the revelation of God’s righteousness is that GOD Himself has done justice, namely to his promise. He had previously promised and foretold in the law and prophets, and now he has fulfilled and lived up to His word. He raised his Son from the dead according to his promise (Acts 13:32) as the Firstfruits! Indeed, God’s Son was “born under the law” (Gal. 4: 4) and he also fulfilled this law perfectly. In this way he could be slaughtered as a blameless lamb, and then rise to the glory of GOD. Not the slaughter but the resurrection afterwards is the sacrifice, ‘lit’ by GOD himself.

Roused because of our justifying

It is in the rousing and resurrection of Christ in which lies the secret of our justification:

Him Who rouses Jesus our Lord from among the dead. Who was given up because of our offenses, and was ROUSED BECAUSE OF OUR JUSTIFYING. – Romans 4:24,25 –

The fact that GOD sees us as being righteous, is not because He imputes Jesus’ law observance during his stay on earth. No, He reckons us to be righteous because he sees us unified with him who died and was roused and resurrected for all time.

For one who dies has been justified from sin. Now if we died together with Christ, we believe that we shall be living together with Him also.

It is Christ’s resurrection life , so beyond the grave, that has been imparted to us and in which GOD looks at us

Now if we died together with Christ, we believe that we shall be living together with Him also, having perceived that Christ, being roused from among the dead is no longer dying. Death is lording it over Him no longer, for in that He died, He died to Sin once for all time, yet in that He is living, he is living to God. Thus you also, be reckoning yourselves to be dead indeed to Sin, yet living to God in Christ Jesus our Lord.
-Romans 6:8-11- 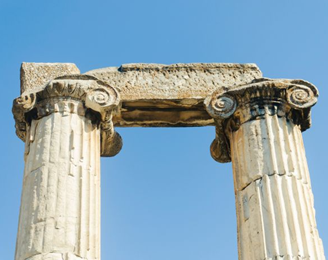