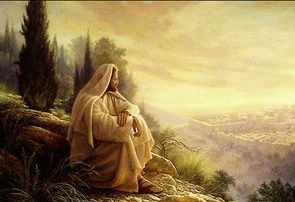 In the last blogs in this chronology series I have explained how Daniel 9 foretells seventy weeks of years, or seventy cycles of sabbatical years starting from the reconstruction of Jerusalem in the days of king Cyrus. This period of five hundred years (jubilees included) ended in the occurrence of the Messiah among His people. All history by now. Objections against the historical understanding. Against this view the objection is brought up that a half week of years is still future according to prophecy. After all doesn’t the book of Revelation speak multiple times about “forty and two months” (Rev. 11:2; 13:5) and “twelve hundred and sixty days” (Rev. 11:3; 12:6), which is exactly three and a half years and therefore  a half week of years? And doesn’t Jesus refer to Daniel 9:27 in his second sermon on the mount?

Whenever, then, you may be perceiving the abomination of desolation, which is declared through Daniel the prophet, standing in the holy place (let him who is reading apprehend!) – Matthew 24:15-

The answer to these questions is in short twofold:

Both answers deserve some explanation. Three and a half years – different periods When the Bible speaks of a period of time of three and a half years, this doesn’t necessarily refer to the same time period. Thus we read twice (Luke 4:25, James 5:17) that, in the days of Elijah, it didn’t rain for “three years and six months”. No one will confuse this time period with the time period mentioned in the book of Revelation. Indeed the length of both periods is equivalent – but the periods themselves are different. The same applies to the two half week of years in Daniel 9:27. The first part referred (as we saw) to the time period of Jesus’ public ministry until his death and the second part from Jesus’ death to Stephen’s stoning. These two periods of history are clearly distinguished from the time of the great tribulation. Christ and the anti-christ The only question that remains in that context: Why every time this term of three and a half years? Now the connection is not only in the similarity but also in the contrast. The three and a half years of the antichrist is the mirror image and negative type of the three and a half years of Christ. Christ confirmed the covenant for thee and a half years, twice. The antichrist however will ravish the covenant for three and a half years. Christ ceased the sacrifice by fulfilling her. The antichrist however will cease the sacrifice to erect an abomination (idol). It will be an introduction of a great tribulation in which the holy city will be trampled (Rev. 11:2). In those three and a half years two witnesses will arise on the temple square and they will have power to “lock heaven that there may be no shower of rain during the days of their prophecy” (Rev. 11:6). Behold an exact repetition of what Elijah once did (James 5:17). Jesus referred to Daniel 12 Apart from the misunderstanding that three and a half years would always refer to the same period, there is also the misunderstanding that Jesus would refer to the last week of years of Daniel 9 in his speech of Matthew 24. That seems to be wrong to me. Jesus refers to the time of the end of which is spoken in Daniel 12

11 From the era when the continuous ritual is taken away, and to the setting- of the abomination of desolation, is a thousand two hundred and ninety days…

Daniel 12 as well as Matthew 24 unmistakably deal with the time of the end. They deal about the holy place and the sacrifice which will make place for an abomination that will be erected there. Take notice: Both Jesus in Matthew 24 and Daniel 12 speak of ONE specific “abomination”, Singular. Daniel 9:27 on the other hand speaks of “abominations”, plural. Moreover, Daniel 9:27 doesn’t speak of an abomination that is erected in the middle of a week of years. That is often projected into this verse but it is not how it reads. What we read is that during seven years a covenant will be ratified and in the half of the week of years sacrifice and oblation will be ceased. After this Daniel 9:27 speaks of abominations and desolation. The moment, that the daily sacrifice will be ceased and an abomination will be erected in the holy place, is the starting point of a great affliction “such as has not occurred from the beginning of the world till now; neither under any circumstances may be occurring” as Jesus adds to it in Matthew 24:21. Also by mentioning this he referred to Daniel 12 (verse 1) where we read that it will be “an era of distress such as has not occurred since there was a nation on the earth until that era…”. With the cessation of the sacrifice and the erection of an abomination, the great countdown will start. Daniel 12:11 speaks of twelve hundred and ninety days, which is (a bit more than) forty three months. Elsewhere we have (as we saw) twelve hundred and sixty days or (a bit more than) forty two months. As the the desolation of Jerusalem end after twelve hundred and sixty days (Revelation 11:2), possibly a start will be made a month later with the rebuilding of the city. Conclusions However this may be. I hope to have made clear in any way that the period of the seventy weeks of years in Daniel 9 has been fulfilled in history. The seventieth week of years includes the seven years in which on one hand the Messiah completed the great task (Dan. 9:24) and on the other hand, the years in which the Jewish people rejected the Messiah once and again, which, subsequently, led to the destruction of Jerusalem in 70AD. It would not be a one-time desolation, because desolations (plural!) would be determined until the end, according to Dan. 9:26. Likewise we have seen in other passages of Scripture that in the time of the end, Jerusalem would be desolated once more.. after (again!) three and a half years. God not only foretells events but also determines when they will take place. In the phenomenon that events and terms repeat themselves in regular patterns, we recognise the hand of HIM who fully ordains all time periods.