On the calendar of “the holy meetings of YAHWEH” (Leviticus 23), the 9th of April it was Nisan 15, or the beginning of the Feast of the Unleavened. It is an official annual rest day and (how significant!)it was also the first day of Jesus’ stay in the tomb.

Passover between hope and fear

It is quite unique that Passover can only be celebrated by Jews this year to a very limited extent, governed by the fear of corona. A fear that lives globally, not only for the virus itself but also for the far-reaching consequences this will have for the world economy. And everything related to that. In recent decades, there has not been such a global crisis as the world is likely to end up now. More than ever, there is economic, social and political uncertainty and even an apocalyptic premonition prevails among many.

Curiously, this date (April 9, 2020) within the Muslim world coincides with the birthday of the Al Mahdi. That is the indication of the savior expected in Islam (especially in the Shia direction) for the end times. #ThePromisedSaviour is a trending topic on Twitter. Because Islam is eagerly awaiting his arrival. For just as “we” (Bible believers) know from the prophecy that the Second Coming of Christ is near and that Judaism is also looking forward to the rebuilding of the temple and the coming of the Messiah, so many millions of Muslims expect the arrival of the Al Mahdi. Who exactly he will be, there are different opinions within Islam. Many identify him as Isa, which is the Arabic name for Jesus, others believe that the Al Mahdi will come together with Isa. Whichever it may be, Muslims directly associate the arrival of the Al Mahdi with the Second Coming of Christ. They also call him “the son of man”. He will unite the Islamic world and liberate Jerusalem.

the rider on the white horse

What Muslims call the Second Coming of Christ fits seamlessly with what the book ‘The Revelation’ says about the “rider on the white horse”. They also portray him like that! In ‘The Revelation’ this is the rider who will perform at the opening of the first seal (!) And will bring peace everywhere in triumph (see Rev.6: 2). Note that he is referred to in the same way as later Christ (Rev. 19:11) and you can count on it that many (Muslims, Jews and Christians!) Will see him for that too. It will be believed that he is the long-promised savior who will bring peace and justice out of a global crisis. But it will be short-lived (see the opening of the second seal; Rev. 6: 4).

Below are some Twitter messages that illustrate how much Muslims look forward to the return of Christ, but unfortunately “bet on the wrong horse …

When the great savior comes he will oust the malfeasant judges and oppressor governers, purges earth from the oppressives and he governs himself in justice.#ThePromisedSaviour#ThePromisedSaviour pic.twitter.com/1iowKyGVKc 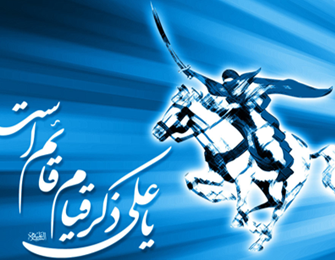