| Blog English | better not to have been born?

better not to have been born? 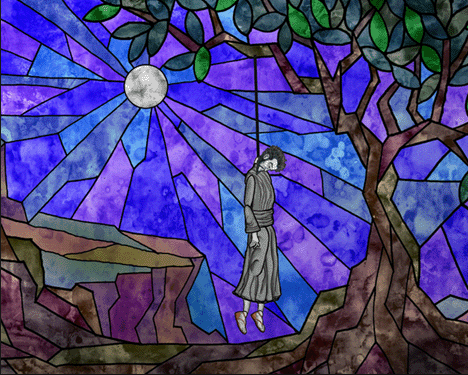 How should we understand the ominous words concerning Judas?

The Son of man goes indeed, according as it is written concerning him, but woe to that man by whom the Son of man is delivered up; it were good for that man if he had not been born. (See Matthew 26:24 and Mark 14:21)

In advance, it was determined that Judas would deliver up the Son of Man. According to the script (the Scriptures), it had to happen. It is a terrible lot for him, who would do this, and Jesus did speak of a “woe” over him. That same night, Judas would “deliver up innocent blood” (Mat.27:4) and in total despair, he hanged himself. In theory, it is possible (as sometimes and also on this site, it was defended) to apply the words, “it would have been good for him” to the Son of Man. But on closer examination, this reading would raise more questions than it would answer. Would the Son of man ever have thought that it would have been good for Him, if Judas had not been born? He, who even in the hour of being delivered up, still called Judas, “friend” (Mat.26:50)? The thought, “better not to have been born” is typical concerning someone who is hopeless and wants to kill himself. Jesus’ statement is relative: “It were good for him“, i.e., for Judas at the moment he repented and hanged himself. “It were good for him” if he had not been born. How wonderful that GOD thinks otherwise. No one is born into this world in vain. Indeed, Judas paved the way to Jesus’ death on the cross. Christianity has drawn the conclusion that Judas is “eternally damned”; while Jesus’ death is precisely the guarantee of the justification and salvation of all men (Romans 5:18; 1Tim.2:6), Judas included! Judas was guilty of the blood of Jesus, but is not “the blood of the cross” the guarantee for the reconciliation of all (Col.1:20)? One day, Judas will be resurrected and stand before the Great White Throne to be judged by the One he delivered up (John 5:22). But Who also died for him (2Cor.5:14; 1Tim.2:6). Judas will die again, the “second death” (Rev.20:14), until… death will be abolished and Judas will be made alive as was Christ, the Firstfruit (1Cor.15:22-26). Because, that is GOD’S ultimate goal: to become all in all (1Cor.15:28). Consider the lot of Judas from GOD’S point of view. What Judas did, had to be done. It was a necessary evil. But GOD is good and will, therefore, overcome evil with good (Gen.50:20). Judas’ birth was not a mistake. In contrast to the “woe” of Judas’ lot (his suicide), stands the reality of endless blessings, which the blood of the cross will bring about, also for him!