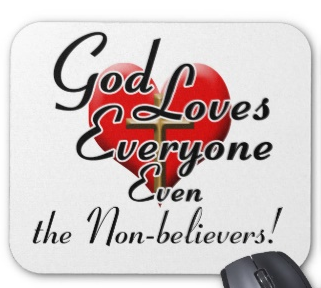 A believer is one who believes. Such a statement should surprise no one, because that is what the word means. The question is always: believe … what or whom? Paul often speaks about believers and unbelievers in his letters. Some feel that you cannot make a statement about them, because we are not able to look into anyone’s heart. The latter is certainly true. But how then can Paul, in his letters, speak about believers and unbelievers and make such a clear distinction? Very simple! He told people “the Evangel of the glory of the happy God” (1Tim.1:11), as it was entrusted to him. There were people who were happy with it! A message of gratuitous salvation, Great! Behold: believers! However, most of the people did not believe him. These, consequently, are unbelievers. Friendly people, perhaps. Very often religious. But the Evangel that he told … no, that they did not want or could not believe. Is it judgmental to talk about “unbelievers”? No, it is a conclusion based on their reaction: unbelief. How can you find out if someone believes? Tell him the Gospel and you will know it! Many have the tendency to stretch the concept of “believer” in order to make the circle as large as possible. Don’t do that. The Evangel itself is spacious! What am I saying? The Evangel is everything, encompassing all! God is the “Savior of all men” (1Tim.4:10) and His Son is called “truly the Savior of the world” (John 4:42). Believe it or not: He IS your Saviour! Most people do not know this, because it has never been told them. They are not so much in unbelief as they are ignorant of the Evangel. However, there are also many who consciously reject it. Especially religious people, who believe they are able to add to or subtract from their salvation. As Paul observed: the Evangel is to the Greek foolishness (absurdity, nonsense) and for Jews a stumbling block (1Cor.1:23). Elsewhere, he calls them “enemies of the Evangel” (Rom.11:28). Nowhere is the hostility to the Gospel as big as precisely within (orthodox) religion. This is also true (and especially so!) for the Christian religion. They are religious, but the Evangel of grace for everyone is to them a disturbing heresy. Finally, one more tip: do not discuss with religious people whether or not they are believers. This leads to nothing. It is much better to tell them the Evangel!