| Blog English | At the Bankruptcy of ‘the church’

At the Bankruptcy of ‘the church’


Call it an illustrative low point. Last weekend the top of the Roman church was gathered in the Vatican to consider the sexual abuse by the clergy. Since the beginning of this century reports about it have come over us in waves. And the cesspit that opens up appears to be deeper and deeper every time and stink even more than was first assumed. When, at first, attempts were made to cover up the pit each time, now that is no longer possible. The facts do not lie. And for the record: the Roman church is not alone in this. It is true that sexual abuse can occur wherever there is a certain balance of power. The MeToo movement which echoed the scandals of abuse in the church made this very clear. Yet the abuse is nowhere more poignant than in the context of the church. Firstly because the church claims to fulfill an exemplary role and secondly because it has traditionally promoted prudery. Sexual lust was suspicious, masturbation a sin and to this day the clergy is not allowed to marry.

A conference such as the one last weekend in the Vatican is a historical disillusion. It marks the end of institutional Christianity that established its power in Europe since the fourth century, but is now experiencing its final days. For centuries the church reigned supreme and by the threat of hell and damnation form the pulpit, the people were subjected. But in the meantime the people have been in exodus from the churches for decades. Church buildings are closed by the dozen everywhere and the clergy and pastors are left empty-handed. They are done talking and are no longer taken seriously. The ecclesiastical authority has lost not only its power but also its authority and credits. The clergy is mistrusted and associated with hypocrisy.

The rise of the clergy and compulsory celibacy was already foretold by Paul in 1 Timothy 4:3. What is especially striking is that he also linked this immediately (:2) to hypocrisy. Sexuality (the physical attraction between man and woman) is a fact of creation designed by the Creator himself and totally natural. Whoever declares this nature sinful (‘the sinful human nature’) evokes something un-natural. That is exactly what compulsory celibacy is: un-natural. It is also an inevitable breeding ground for hypocrisy: secretly doing what is officially condemned. Salient detail: ‘breeding ground’ in Latin is ‘seminary’, in which we also recognize the word ‘semen’: seed. A rather bitter association…

The hypocrisy that accompanied compulsory celibacy had many more dogmatic manifestations. The word ‘dogmatic’ comes from a Greek word that means ‘decision’. Power is enforced though dogmatism. The first dogma that the church introduced (in the fourth century) was the doctrine of the trinity. Monotheism (one God) was maintained in speaking, but at the same time it was taught that three persons were each God separately. Isn’t that theological hypocrisy: confessing there is one God but at the same time teaching polytheism? Or what about the doctrine of “hell and damnation”? There is no dogma that has alienated so many millions of people from the Evangel as this doctrine. For a God who has created and is maintaining a “hell” for many of his creatures, can’t be trusted. It contradicts harshly what they say to be preaching, namely that the Evangel is a Good Message for all people.

Isn’t it remarkable that we are experiencing the breakdown of institutional christianity precisely at this juncture? We live at the end of the second millennium after Christ’s departure (30 AD). The prophetic “third day” is approaching. In the Middle East, the pieces have been placed on the chessboard for decades, prepared for the final battle. The whole world feels ‘the end time’. Both religious and even secular. And it is exactly now that the institution (with the accompanying power) which always had the reputation of representing Christ, is being dismantled. Ridiculed and put down as hypocritical. Certainly, we live in the days of which Paul wrote in his spiritual testament: “…their folly will be obvious to all…” (2 Timothy 3:9).

Believers outside the church

Those who want to spread the Evangel according to the Scriptures today, usually have to explain first, not to be speaking on behalf of the ‘the church institution’. Because the general public is fed up with it, they do not want to hear about it. Understandable… “the church” has screwed up so much that people have even become allergic to the biblical vocabulary. That is the prevailing sentiment. And believers outside the church have to deal with this as well. Who dares to go against the grain to honestly and credibly step up to the unsurpassed truth of the Scriptures? 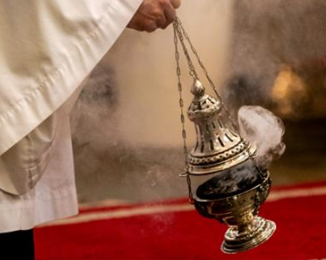