If indeed, then, you should have tribunals for life’s affairs, the contemptible in the ecclesia, these you are seating? To abash you am I saying this. Thus is there not among you one wise man who will be able to adjudicate amidst his brethren?

Decisive for believers in Christ Jesus is not the question whether something is lawful. Later in this chapter, Paul will make that much clearer. But an issue like lawsuits between believers is bizarre to Paul. He does not refer to criminal law but to what we call ‘private law’: jurisdiction over mutual conflicts. Why not consult a wise man in the community of believers who enjoys trust and is able to mediate in the dispute? That is the royal way, not seeking the assessment of a worldly judge. 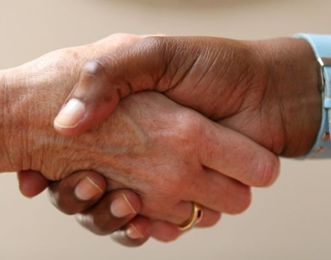