The Greek word for “quiet” in 1 Timothy 2: 2, is used ten times in the New Testament. In none of the cases it’s meant to express that one ‘should not to be disturbed’, always it’s about an attitude that one would mild and quiet himself. A few verses later we see this in 1 Timothy 2 (verse 11 and 12) when Paul says to the woman not yet to be domineering her husband, but to be in quietness. Here the same word for ‘quiet’ is used as in 2: 2.

When we trust on GOD and pray an thank him for all mankind and for those being in a superior station, then we have quietness by definition. “Living a mild and quiet life” is in contrast with agitation, noise and shouting. The world is full of conflicts: politically, militarily, socially, religiously etcetera. And what is the task in that for us, believers? Nothing! Also, very many believers think that they must raise their voices and should go on the barricades. But that is the opposite of “living a mild and quiet life”.

This mild and quiet life serves a higher purpose. Paul speaks in the following verses of 1 Timothy 2 (3 to 7) of the testimony that would be shown of the one GOD, who wants that all people will be saved and will come to awareness of this truth. In order to sound this testimony of “the Saviour of all mankind” (1 Timothy 4: 10) effectively, we wouldn’t take sides in matters that divide mankind. We are messengers or ambassadors of the word of conciliation (2 Corinthians 5: 20; Ephesians 6: 20). An ambassador is someone who represents his government abroad. Rule number one is that he behaves neutral in all internal matters of his host country. If there are elections, he would be aware not to show his preference. And this attitude is also demanded for all possible conflicts that may happen in the host country. For these matters are internal, the ambassador would not get involved. Despite he can have a private opinion or preference. It’s none of his business. If he would interfere, his mission as ambassador would be discredited.

Ambassadors live a mild and quiet life in the country where they are located. They comply with the authorities and obey the laws of the host country. That attitude also belongs to the dignity of ambassadors. Also, for “ambassadors of Christ”. In order to “mildly and quietly”, among all kinds of conflicts in the society, uphold the testimony of the one GOD who will save and shall save all mankind. It’s our commitment to sound that! 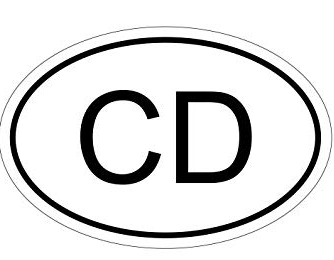