| Blog English | 1 Corinthians 7:7 – Each their own charisma

1 Corinthians 7:7 – Each their own charisma


For I want all men to be as I myself also, but each has his own gracious gift from God, one indeed, thus, yet one thus.

Whether Paul himself was ever married is controversial. If that were the case, he would not have been married long and we must assume that he was a widower. When Paul recorded these words he was at least unmarried for some time and also very consciously. If it were up to him, all people would go through life like himself. Paul was always on the move or on the run and he was never assured of an income. How could Paul ever have fulfilled his mission as herald of the Evangel if he also would have to take care of his wife and children?

Paul certainly does not consider being unmarried as a handicap or as a loss, but as a gracious gift, a charisma, which literally means: a grace effect. Grace (=joy for free) works out differently in every person. Like electricity has a different effect on a refrigerator than a stove. GOD is graciously giving to us all, but the effect of this is as diverse as the number of people who experience it. Thank GOD He loves diversity and variation! 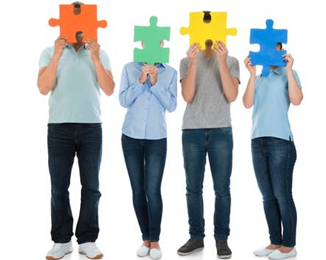