This One God rouses the third day, and gives Him to become disclosed, not to the entire people, but to witnesses who have been selected before by God, to us who ate and drank together with Him after His rising from among the dead.

After His Resurrection, why did Jesus Christ appear to only a few hundred men and women and not to all the people? Why did the truth of the resurrected Messiah have to be made known to the people through eyewitnesses? Wouldn’t an appearance to the people have been much more convincing? That convinced the initially unbelieving Thomas too?

We know from Scripture that the Messiah will actually show himself to the people in the future. And that as a result they will also come to recognition of him (Mat.24: 30). But why only later appear in person to the people, and not before?

The answer is, it wasn’t the time yet. Israel first had to say “no” to the message so that the Gospel would go to the nations (Rom. 11:11). For God would first gather a people from the nations. It is Paul, the thirteenth apostle, “the apostle of the nations” to whom the secret of this interruption was made known. Even his name is a hint in that direction. Paul, pause. 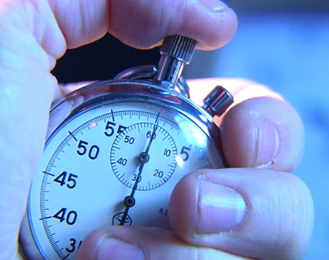