Yet to us God reveals them through His spirit, for the spirit is searching all, even the depths of God.

The hidden wisdom of GOD which had been predestined to our glory, was previously unknown. The Scriptures did speak of it (see previous verse), but hidden. Only through the disclosure by GOD’s spirit are we informed, Paul writes. Later, from prison, he would write that by revelation the secret had been revealed to him, as he had previously written briefly (Eph. 3:3).

The revelation of the secret happens through the letters Paul has written. He makes it clear how the truths about which he now writes openly about, were already hidden in the Hebrew Bible. In cryptic statements. In prescribed rituals. But not least in the many stories and histories with deeper layers. By removing the covering on the scriptures, (2Cor. 3:15)) Paul revealed what was always hidden underneath.

It is God’s spirit that inspired the holy Scriptures (2Tim.3:16). Hence, in all these scriptures the depths of GOD can be found. Now that they have been revealed, we ourselves can also go on a voyage of discovery and search for even more hidden treasures. 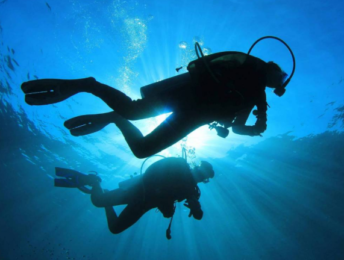