…awaiting the unveiling of our Lord Jesus Christ.

The time as described in the book of Acts was marked by the expectation of the return of the Lord Jesus Christ in those days. In Acts 1, the question came: “Lord are you at this time restoring the kingdom to Israel?” (:6). Neither an affirmative nor a negative response was given. Instead, the disciples were sent to be witnesses. Starting in Jerusalem. Would Israel say “yes” to the testimony of the Gospel, then the Messiah would return (Acts 3: 19-21). The light was green!

In the history of ‘Acts’, however, we see a ‘no’ from Israel becoming more and more clearly visible. Stephen was murdered by the Sanhedrin and then Saul / Paul was called. The light was now orange. Only at the end of ‘Acts’ it is officially announced that Israel can no longer convert (in those days). Since then, the light is red. The revelation of Jesus Christ in those days was no longer at issue. But the Corinthians still lived in the time (Acts 19) that they would be able to see it happen. That exciting prospect can be heard throughout the letters written during the Acts period. 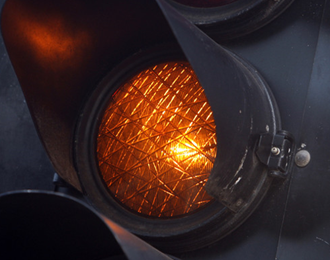