For I suppose that God demonstrates with us, the last apostles, as death-doomed for we became a theater to the word and to messengers and to men.

The Corinthians had settled in the world and participated in politics. Very different from Paul, who was misunderstood and oppressed together with his fellow apostles. Those who had been placed in the ecclesia as first by GOD, apparently had been assigned the last place in the world by Him (12:28). With irony, Paul points out this contrast.

The apostles were, as it were, condemned to death in the theater where they would be cast for the lions to the amusement of the crowd. Later Paul says in his letter (15:32) that in Ephesus (from where he also writes), humanly speaking, he fought with wild animals. He also explains that if Christ had not been resurrected, he would be among the most pitiable of all people (15:19). For in the world he suffered only affliction and death. That was what his testimony cost him. How bizarre is it in that light that the Corinthians enjoyed status! Believers suffer rejection in this world. That is normal. Only later, glory will follow! 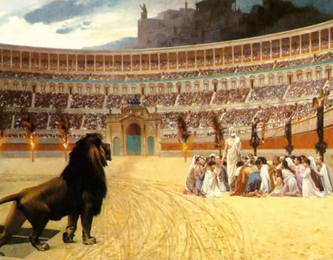