Already are you sated, already are you rich, apart from us you reign. And would that you surely reign, that we also should be reigning together with you!

The way Paul expresses himself (“you reign”), suggests that the Corinthians also had political ambitions. Perhaps some of them even had a seat on the city council. But Paul is by no means enthusiastic about it. He found it to be out of place that the faithful Corinthians were aiming for power. Misplaced because premature. Too early. The ecclesia is indeed destined for dominion over the world (6:2). In fact, the word ‘ecclesia’ is even a political concept and refers to the highest authority of decision-making. But, Paul says, it is not time for that yet. Soon all believers will reign with Christ. Until then however, we share in his rejection. 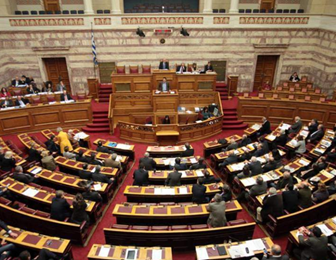