For if you should be having ten thousand escorts in Christ, nevertheless not many fathers, for in Christ Jesus, through the evangel, I beget you. I am entreating you, then, become imitators of me.

Paul has several critical comments concerning the “ten thousand escorts in Christ”, the Corinthians had. Of course, he overdoes the number, but in that way, he illustrates how he considers the majority of those people: as puffed-up (: 18). But how many people offered themselves as escorts (literally: pedagogues), the Corinthians had to realize that only Paul ‘begot’ them through the evangel. That was the beginning of everything. That was the fundament whence one would be raised.

Paul complains in these chapters that the Corinthians are still babies instead of maturing. Instead of ‘solid nourishment’, they still needed milk. Over and over again they needed to be reminded of the ABC of the Evangel. Back to where it all began: to Christ alóne. Paul himself was an imitator of this Christ (11: 1). He was directly called and taught by Christ. The risen Christ was for Paul the living model. And só we, in turn, may imitate Paul. And thus, the living Christ! 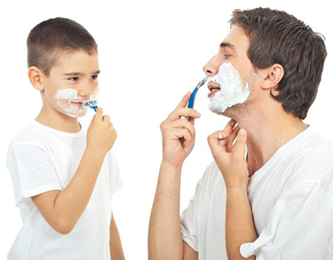