Yet I shall stay in Ephesus till Pentecost, for a door has opened for me, great and operative, and many are opposing.

In verse 2 we already noted that Paul’s instructions applied for the seven weeks to Pentecost. It therefore seems that this letter is written around Pesach. In terms of timing, Paul’s explanation of Christ as Firstfruits from the dead (chapter 15) could not have been better!

The apostle had spent about two years in Ephesus teaching daily in the school of Tyrannus (Acts 19: 9). From there the Word penetrated to all who were in Asia (Acts 19:10). The reason Paul did not want to leave right now is that for him in Ephesus “a great and operative door had been opened.” Is he perhaps referring to the fact that he had found entrance in the highest circles, namely with the rulers of Asia (Acts 19:31)?

However it may be, the opened door speaks not only of entrance, but also of exit, for there were many opponents who have Paul leave today rather than tomorrow. Even his life was not safe. It is a law: where the Evangel is proclaimed with power, it is by definition accompanied by opposition. 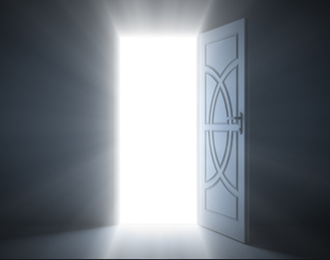