So that, my beloved brethren, become settled, unmovable…

We have arrived at the last verse of the magisterial chapter on the resurrection. Based on the documented historical fact of the resurrection of Jesus Christ. As foretold in the scriptures. Christ’s resurrection is the guarantee that death (as “the last enemy”) will eventually be abolished. In other words, all people will be made alive, just as Christ was raised as the Firstfruits. In incorruptibility, glory and strength. That is what makes the Evangel unsurpassed good news. Its impact is all-embracing. Paul’s readers were standing on this Evangel (: 1)

But “standing” is different from being “settled”. The Corinthians gave room to and were influenced by those who denied the truth of the resurrection (: 12). That is why Paul also writes: “become settled”. Being settled is a quality that only proves itself in an environment where people try to dissuade you from your point of view. Those who are steadfast can withstand the wind of teaching, opinions and pressure and persecution. But also resistant to ridicule and scorn. Those who are steadfast are not upset.

To be steadfast you need a stable and rock-solid foundation. Only when you are built on it are you unyielding! 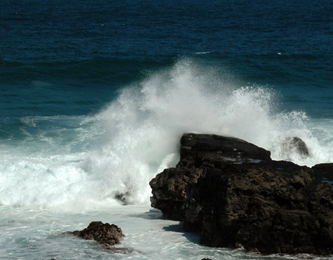