Now the sting of Death is sin, yet the power of sin is the law.

Sin and death are inextricably linked. As well as sin and law. Paul says: the power of sin is the law. That is a very unorthodox statement, but it always comes back in his teaching.

Adam was told not to eat from the tree of the knowledge of good and evil. But it was precisely that command that stimulated the first human couple to eat from it. Nothing is as desirable as the forbidden fruit. Anyone with any pedagogical experience knows that this is how it works. In the religious (also Christian!) world it is believed that God gave the law to make man better and to contain sin. But the opposite is true. In Romans 5:20, Paul argues that God gave Israel the law “that the offense should be increasing”. That was not an unintended side effect or failure. It was God’s purpose. So that where sin increased, grace would become all the more abundant.

Do you want to empower sin? Preach the law. The Gospel is at odds with it. It does not tell what man should not do, but what GOD has done and does! 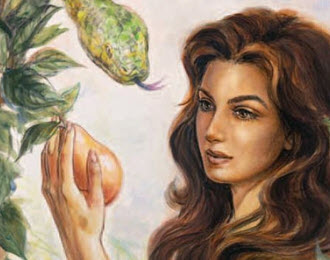