This is contrast number four that Paul lists between the body being sown and the body being raised. Unfortunately, the contrast in the current translations is obscured by the fact that the only correct translation word “soul” has been replaced by “natural”. It is the same translation error that we encountered in chapter 2:14. This body is characterized by (1) corruptibility, (2) dishonor, (3) infirmity and it is (4) soulish. The Greek word for that is “psuchikos”, in which we recognize our word ‘psychological’ in other words ‘soulish’.

The Biblical thought is that the soul of all flesh is in the blood (Lev.17: 11). That is why animals, like humans, are called ‘souls’, in fact, the first four times that Genesis 1 speaks of ‘souls’,  it’s about animals. The idea that ‘the soul’ would distinguish man from the animal is not Scriptural. Our body is “soul” and it corresponds to the animal. Both are powered by blood in physical existence. However, this is in contrast to the body that is resurrected. A little later (: 50) Paul writes that “flesh and blood” cannot inherit the Kingdom of God. Almost unimaginable, but the resurrected body will have no blood. 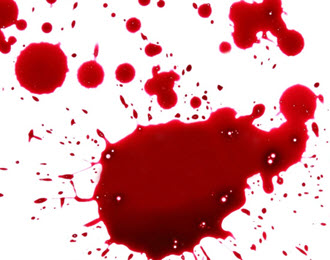