Now there was in the place where He was crucified, a garden, and in the garden a new tomb in which no one has been placed as yet.

There was a practical reason why Jesus was buried where he was crucified. Because it was necessary. Jesus still had to be buried before the start of the great Sabbath (: 42). So Jesus’ grave had to be close.

But there is a much more important reason why Jesus’ grave had to be near the place of the crucifixion. Consider the offer service. An animal was slaughtered right at the altar (Lev.9: 8). The slaughter speaks of the cross, but the altar refers to the place where death was conquered and rose like a sweet scent.

Consider also the so-called ‘mother promise’ (Gen.3:15). “The seed of the woman” (the messiah) would be fatally hit by the snake in the heel. At the same time, it is precisely the heel that would cause a fatal blow to the snake (“crush the head”). The place of defeat was also the place where the final victory was achieved. In terms of space, both facts were only a few meters apart. And in time no more than three days. Jesus died to conquer death! 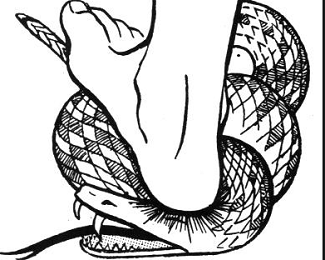