The first thing the Corinthians heard about the Gospel was the fact that Christ died. Isn’t that remarkable? So Paul’s Gospel began where the descriptions of Matthew, Mark, Luke, and John end: with Christ’s death, his burial, and resurrection. Paul’s teaching began where Jesus’ life ended. Jesus’ birth, his teaching, his miracles, his ministry, in short, all his life’s journey on earth, Paul skipped all. At least, he didn’t start with that.

The reason that Paul started by saying that Christ died is explained in this chapter. With Paul it is not about the Jesus who walked here on earth. Paul barely knew him. He was only informed of this later. Paul proclaimed the resurrected Christ! The One He has met in dazzling glory and by whom he has been taught.

Because the content of Paul’s preaching is the resurrected Christ (15:14), he had to start with his death. Because without dying there is no resurrection. 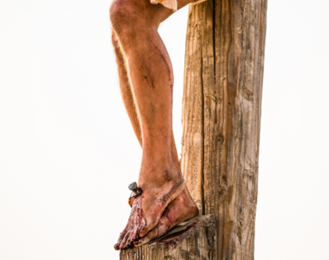