The Evangel as delivered by Paul is above all dominated by the resurrected Christ. That Christ died first and then was buried serves to underline that. Because only against the dark background of death and grave, the morning light shines from the rolled away stone!

The traditional explanation says that Christ had to die to bear the penalty of sin. But that’s not what Paul says here at all. And by the way, not elsewhere either. Christ’s death did not serve to settle a bill with God. Because it is not God but the hostile world that must be reconciled (2 Cor. 5:19)!

That “Christ died for our sins” stands in the perspective of his resurrection on the third day. Christ died to be resurrected as firstfruits and to give life to all people (15:22). Life that has death behind it and in which sin completely belongs to the past. It is for this purpose that Christ died. 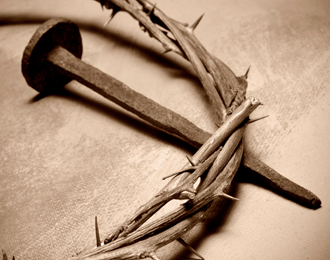