In the law it is written that, In different languages and by different lips shall I speak to this people, and neither thus will they be hearkening to Me, the Lord is saying.

In the ecclesia in Corinth, great importance was attached to the phenomenon of ‘speaking in foreign languages’. Paul does not deny that meaning, but he puts it into perspective. For example, he argues in Chapter 13 that it would only be a passing phenomenon.

In the verse above he shows that the sign of ‘speaking in languages’ is the fulfillment of what the prophet Isaiah had predicted. God would speak to the people of Israel through people who did not speak Hebrew. A ridiculous thought in Jewish experience. For is not God supposed to speak to the nations through Hebrew?

On the day of Pentecost, the prophecy was literally fulfilled when the people in Jerusalem were spoken to in twelve (!) foreign languages. The sign of ‘speaking in languages’ always refers to concrete languages ​​in Scripture. No babble language. Spoken in view of the people of Israel who would nevertheless not listen. The sign heralded the present time when the people would have been temporarily set aside. How important to understand that! 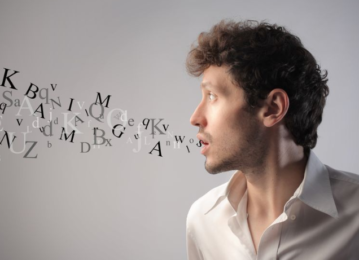