In chapter 13, Paul also wrote about the development from immaturity to adulthood (13: 10-12). Although he talks about the ecclesia as a whole, which was still in the minor phase. Once the ecclesia would become mature, ‘the languages’ would have ceased and prophesying would have finished (13: 8.9). But it was not the time yet, because the word of GOD in those days was not yet complete (Col. 1:25).

Although Paul speaks of individual growth in the above verse, he speaks again in terms such as minority and maturity. Speaking in a language that nobody understands is no different from the babbling of babies. Because neither the babbler himself nor the listener has any idea of ​​the meaning of the words. Hence Paul’s brief and concise advice to the Corinthians: please become mature!

With a sense of irony, Paul adds: if you still like to be minors, be it in evil. An infant has no such thing as angry intent and bad plans. Being inexperienced and silly in evil, isn’t that an ideal form of being undeveloped? 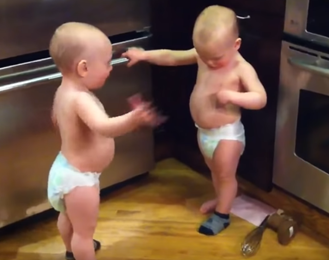