In this context Paul refers with “species of sounds” to speaking in languages. Yet what he notes is also true in the broad sense. The sea, a waterfall, footsteps, a rain shower, everything has its own recognizable sound. People also create special sound effects: a siren, a doorbell, a horn, a ringtone, all to communicate a specific message.

The human voice is designed to produce sounds that we call “language.” One or more sound groups (syllables) form a word and words put together in a specific order form a sentence. A small child learns a complex language effortlessly in no time, but how complicated is it if we want to learn a language later in life ?!

People who could not speak Greek in Paul’s days (which was roughly English back then) were called “barbarians.” How much frustration can it not bring if people do not understand each other’s language! Paul’s hint is clear: make sure God’s word sounds intelligible! 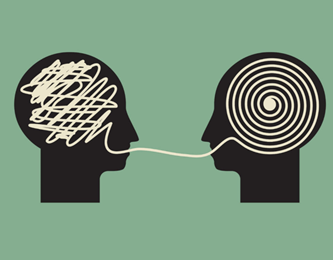